Woodbridge is home to a large Italian-Canadian population. Since it is a suburb of Toronto, there are plenty of residential areas, with easy driving access to strip malls and movie theatres. Some areas of interest in this neighbourhood area are the Boyd Conservation Area, which is operated by the Toronto and Region Conservation Authority, and the Woodbridge Fairgrounds and Market Lane Shopping Centre. The banks of the Humber River are nearby, as well as the Board of Trade Country Club and the McMichael Canadian Art Collection. A short drive away is Canada’s Wonderland- Canada’s biggest theme park.

Woodbridge is a part of the city of Vaughan. Vaughan is named after Benjamin Vaughan, a British commissioner who signed a peace treaty with the United States in 1783. After this, many settlers, pioneers, came to Vaughan and the population grew. Vaughan’s economy didn’t begin to boom, however, until after World War II when there was a big increase in immigration to the area. 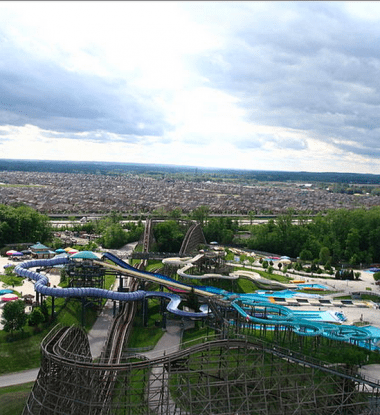