This neighbourhood is surrounded by many major attractions in the city. To the south, there is The Boardwalk, located right on the beach. It is perfect for biking, going for a stroll, or rollerblading. On the beach there are many activities happening, beach volleyball being the biggest one. However, if you like a quieter beach scene, just keep walking along The Boardwalk until you find a spot- there are many areas! There is also Queen Street, which has many clothing shops, boutiques, restaurants, cafes and art galleries

To the north, there is the Danforth- or Greektown. Many people come to the area to experience authentic Greek food. There are many restaurants, cafes and bakeries for people to get a taste of Greece. Along Danforth, there are many discount stores, as well as boutique shops, and service shops. One doesn’t have to go for to find what they are looking for. There is also Shoppers World nearby, which is a large discount mall. The area puts on many markets and events, selling food, clothing, art, jewellery and the like.

This area used to be called ‘Norway,’ and was a postal village in the early 1800’s. The area began to grow, with a sawmill, hotels, a school and three taverns. In 1909, the village of Norway was annexed to the City of Toronto. Many of the buildings in this area still have the name of Norway to this day- for example, Norway Junior Public School, Norway Avenue, Norway Anglican Church, etc. The area began to associate with The Beach, its southern neighbour, and soon became known as the Upper Beaches. It used to be a cheaper, lower-class version of the Beach, but soon enough, it became a popular area, as with most downtown areas. 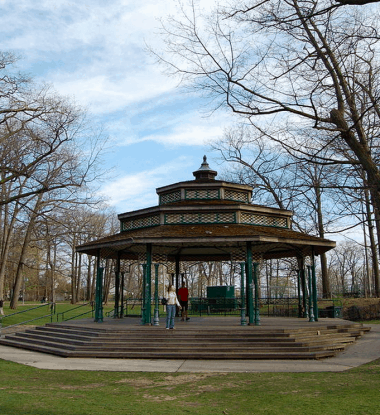 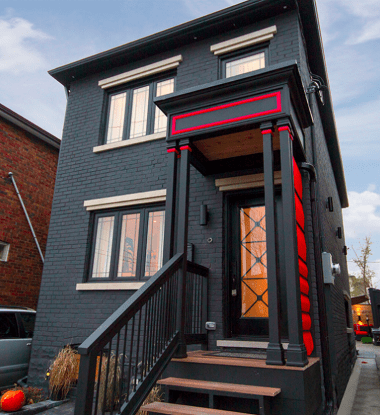 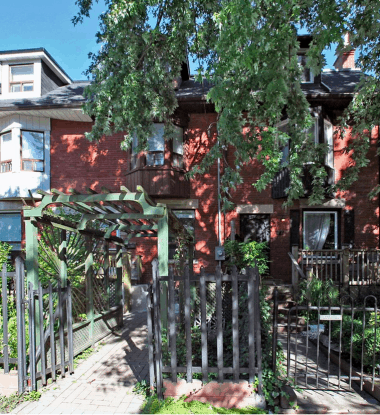